Variety is the Spice of Life 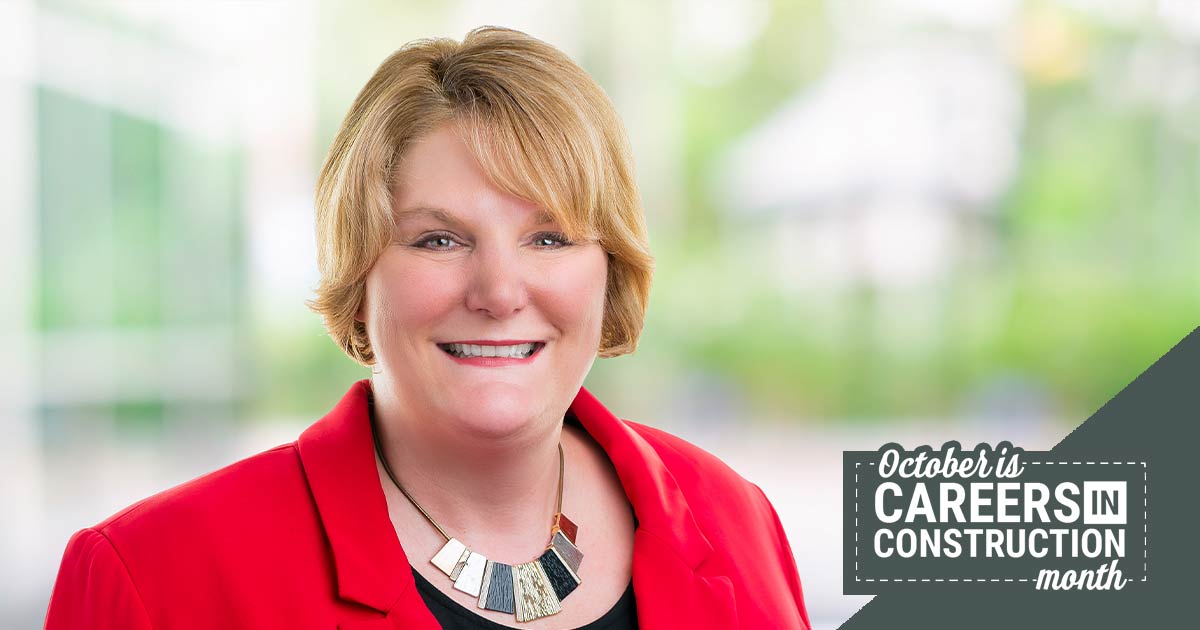 Heather Bowman fell in love with the construction industry in college. After her freshman year as an unhappy engineering major at Virginia Tech, she went home to California for summer break. She started working as an intern for a company that was building a Navy hospital and finished her assignments so fast they ran out of things for her to do.

“They told me to buy a pair of boots because I was going out in the field. For the rest of the summer, I worked with field engineers digging footers and laying out gridlines,” Heather said. “They put me in contact with another intern from Virginia Tech who said I needed to be a building construction major.”

Heather quickly changed her major and continued to spend her summers working in the industry. It wasn’t until her last semester at Virginia Tech that she learned about opportunities at Branch Builds. The company was looking for part-time interns, and 10 of her classmates called once about the internship. She called the project manager 10 times.

“I was the only one he called. I met with him for an interview, and he hired me on the spot. I started working for Branch part-time in January 1995, and I took a full-time position when I graduated in May as an assistant project manager,” Heather said.

Her first job was at the Volvo Truck Plant in Dublin, VA, which was about six months behind with change orders and pricing. She worked from 6:30 a.m. to 9 p.m. every day to get the project caught up, and she succeeded.

Heather continued to thrive as an assistant project manager and was eager to learn. She spent the next few years exploring estimating, pre-construction, and operations before returning to project management to run jobs at VMI, Radford University, Liberty University, and Roanoke College.

She returned to pre-construction around 2014 and was working on the Cregger Center project at Roanoke College when Branch Builds Vice President Cathy Underwood asked her to come back to operations. She was promoted to senior estimator and then to senior project manager before being named the interim director of operations.

Heather oversaw the Roanoke office for about six months until they needed her to take over as director of operations for the Nothern Virginia office. The goal was for Heather to train leadership and return to Roanoke. She was there for three years.

“When I got to the Northern Virginia office, the culture was not good. Everyone kept their doors shut, and there was no sense of community. When I left, it was like a coherent family. The team made a huge effort. Now, everyone has a desire to be exceptional; they value relationships; they are owners of Branch,” Heather explained.

She came back to Roanoke in August to serve as the Director of Project Administration for Branch Builds Corporate. She works with all four Branch Builds offices to train project teams, rewrite subcontracts, track the company’s LEAN progress, and much more.

“I’ve been doing a lot since August 1, and I don’t worry about what I’m going to be doing in two years because I’ll do whatever is needed. I’ve had a lot of variety in my career, and being in both the pre-construction and operations departments has helped me understand a great deal,” Heather stated.

She is also very committed to exploring new technologies and said she’s worked with IT to improve the company’s programs since day one. Right now, she’s pushing for full implementation of the construction management software Procore. Heather’s been researching its capabilities, and IT is testing the interface between Procore and the company’s accounting software.

Heather is often the first person they ask to test something before it’s launched. It’s because of her knowledge, innovativeness, and leadership that she received a Constructech magazine 2018 Women in Construction Award. John Gardner, Branch Builds Business Developer, nominated her and has always advocated for her use of technology.

“Heather is one of the finest construction professionals I have encountered in my 20 years in the industry. Her thirst for utilizing technological tools aside, Heather is thorough in her work to the nth degree,” John said. She is committed to successful outcomes for Branch and our clients, and you can always count on her. We can all rest easier knowing Heather is on the job.”
Heather’s career path is a good representation of where you can go in the industry if you work hard and are willing to learn. Her recommendation for anyone considering a career in construction is to try out a summer internship.

“There are many opportunities for growth, and we are looking for leaders. We’re hiring people out of college and helping them grow so they can run an office one day. If you have a desire, we’ll work with you to meet your goals,” Heather explained. “If you don’t want to go to college, you can still succeed in this industry. There are many paths to get to the same goal.”
Heather will celebrate 25 years with Branch Builds in January and loves the construction industry just as much now as she did when she was in college. She enjoys meeting people, working on new projects, and figuring out the dynamics of a new team.

“The variety in this industry is what I enjoy most. Every year or two, you’re working with new project teams on a new building with new materials. You are never just stuck doing the same thing forever. Some of the procedures are the same, but there’s so much variety. Everything you do is different,” Heather said.

Branch Builds is recognized as one of the largest and most respected construction management firms in Virginia and North Carolina. A 100 percent employee-owned company, we deliver exceptional results on a diverse array of projects to a broad range of private and public sector clients. Driven by a commitment to foster mutually beneficial relationships with our clients and industry partners, we operate on principles of shared respect and transparency.

Functioning as a business unit of The Branch Group, we serve clients in Virginia, North Carolina, West Virginia, South Carolina, and Tennessee. Learn more at www.branchbuilds.com. 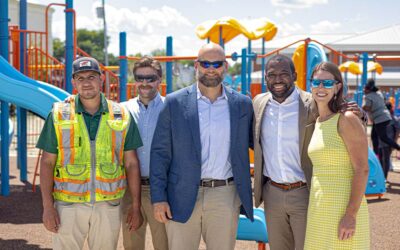 Recently, we celebrated the completion of our Henry L. Marsh Elementary school project in Richmond, Virginia. The mayor of Richmond, along with other local officials, spoke and helped celebrate the completion with a ribbon-cutting ceremony. This project was completed... 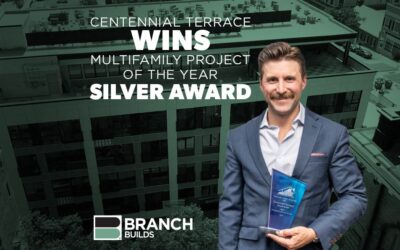 By: Craig Toalson, Home Builders Association of Virginia and Branch Builds Each year HBAV honors association members who embody the mission of the HBAV, to protect and enhance the housing climate, and to ensure the vitality of the building industry so as to benefit... 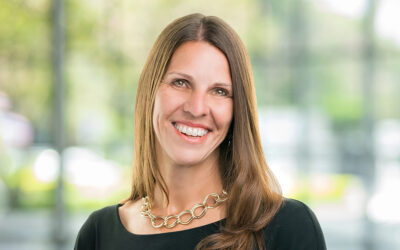 Branch Builds is pleased to announce the promotion of Catherine Underwood from senior vice president to president. In this role, she is responsible for defining key initiatives, identifying business growth opportunities, as well as developing and executing the... 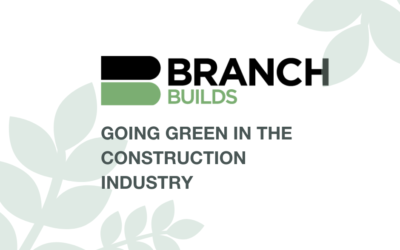 Going Green in the Construction Industry

By 2030, LEED-certified projects will have diverted more than 540 million tons of waste from landfills. That’s a huge accomplishment when you consider the U.S. Green Building Council (USGBC) launched the rating system to the public just 20 years ago. Now, LEED... 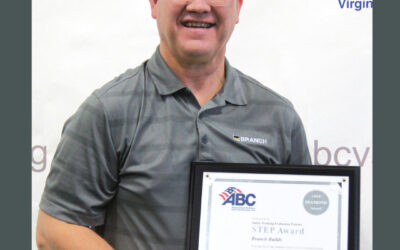 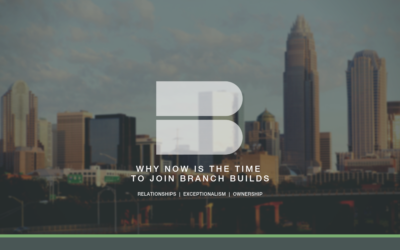 Why Now is the Time to Join Branch Builds

With more than 55 years of expertise, our success is deeply rooted in our exceptional, high-performance teams in Virginia and North Carolina comprised of talented professionals. Here are the top three reasons why now is the time to join Branch Builds: Pathways to...